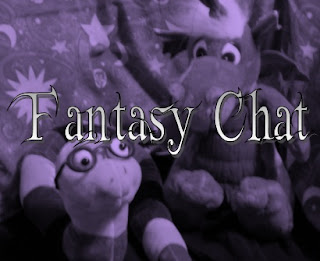 Since most stories start with characters or are soon followed by characters, then how the characters act and interact with each other is important. But for fantasy people and creatures, then they might not always act how we're used to.

I'm going to let you in on a little secret on how you can make your cultures unique. That secret is: Read about other cultures. That's right. Read. One of the most fascinating classes I took in college was World Cultures. Our own peoples on Earth are fascinating.

For example, the Yanomamo who live in South America are a small tribal community. When someone dies, they actually drink the dead person's ashes, so they can keep a part of their loved one with them. It sounds a bit icky to most people, I would think, but it's a fascinating characteristic of their culture.

If you're writing a futuristic story, think how customs change throughout time. Writing a historical fantasy, look at history.

Write these cultural nuances down, so you can be consistent.

Another aspect of culture is languages and linguistics. The fantasy author best known for creating languages is probably J.R.R. Tolkien. Most people don't create their own languages for their fantasy novels, but you can create fantasy words for certain things. Think like your characters. For example, curse words are particularly fun to create. In The Phoenix Prophetess, the characters have "Inashara's tits" and "Hypobus" for curse words. Inashara is the goddess of love, so Inashara's tits means "I'm f*cked" or "I'm screwed." Hypobus is the god of the underworld, so it's more like saying "hell" or "damned."

Most cultural/language references don't come in the first draft for me. Some don't come until near the end of editing, but those little things mean so much and focus the reader on the magical world you create.

Have you created different cultures or a new language for your stories?

Next Month's Fantasy Chat: Worldbuilding Series: History
Posted by Cherie Reich at 8:00 AM

I almost went with new cuss words (like Battlestar's 'frak') but decided not to.
I've lived in several foreign countries and all across the USA. I'm grateful for that, as it's given me experience with different cultures and ways of life.

What a great post. Although I love to read about worlds others have built, I've never tried building one myself. If I ever do, I now know where to start.

I've attempted cultures, but I don't think I'll ever go beyond a few foreign words language-wise. I'd probably get too carried away with it instead of writing the book. :P

You know how big I am on culture in world building - one of the most important aspects in my opinion. A little bit of anthropology can go a long way in creating a believable culture for your story.

its less of an intentional process for me, the cultures just seem to naturally form around the places and the peoples actions

Great advice! I love reading about other cultures. I just finished reading Tiger Lily by Jodi Lynn Anderson and that's a great example of how a writer uses another culture (Native American) to enhance the story.

Excellent post! There are so many strange cultures out there. Some weirder than most writers can come up with. I do like those stories that have the little exclamations and idioms particular to their world.

Great tips for world building. I've created new cultures, but I haven't gone as far as creating a whole new language--maybe a handful of words at most.

Your language translations made me chuckle. Yes, I created special sayings and cultural details for my future earth novel, Fireseed One. And I do study other cultures for inspiration.
Catherine Stine’s Idea City

This is fascinating, even though I don't write fantasy. I love studying these things.

Cherie, how many posts will there be in the Worldbuilding Series? I'd like to link to the series in my Sunday Surfing post when it's complete.

Excellent post! One of my college majors was history, and I love how much it still applies to my writing. It's absolutely fascinating to learn about other cultures and rituals.