BOOK READ
Above Us Only Sky by Michele Young-Stone

BOOK REVIEW
Above Us Only Sky by Michele Young-Stone

Prudence Vilkas yearns to understand what it means to be born with wings and who she is in Michele Young-Stone's Above Us Only Sky. Although I love fantasy, I don't read much literary magical realism, but the idea of women born with wings intrigued me. Young-Stone weaves a tale told from multiple characters spanning from the 1800s to more modern times. The main character is Prudence, a woman born with wings, ones considered a birth defect and removed. My heart went out to her and the other characters. They all longed for what was taken for them, from wings, to family members, to their Lithuanian homeland during war. Like a bird, the story touches down into a current timeline to only fly off again into the past. Although a little confusing and slow at times, the plot ties up well, all the little pieces coming together into a beautiful story. I also thought the bird imagery was perfect. Above Us Only Sky by Michele Young Stone sends the reader's imagination flying and is the wonderful read for people who enjoy history (World Wars and Eastern European) and complex family relationships with a touch of fantasy. 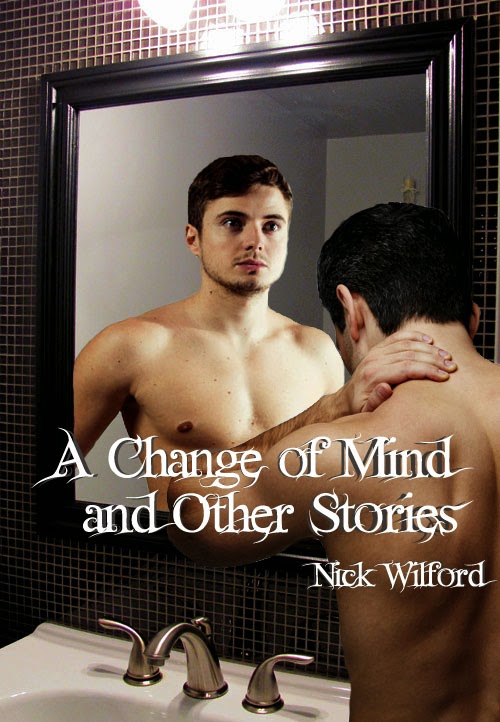 A Change of Mind and Other Stories consists of a novella, four short stories and one flash fiction piece. This collection puts the extremes of human behaviour under the microscope with the help of lashings of dark humour, and includes four pieces previously published in Writer’s Muse magazine.

In A Change of Mind, Reuben is an office worker so meek and mild he puts up with daily bullying from his boorish male colleagues as if it’s just a normal part of his day. But when a stranger points him in the direction of a surgeon offering a revolutionary new procedure, he can’t pass up the chance to turn his life around.

But this isn’t your average surgeon. For a start, he operates alone in a small room above a mechanic’s. And he promises to alter his patients’ personality so they can be anything they want to be…

In Marissa, a man who is determined to find evidence of his girlfriend’s infidelity ends up wondering if he should have left well alone.

The Dog God finds a chink in the armour of a man with a megalomaniacal desire to take over the world.

In The Insomniac, a man who leads an obsessively regimented lifestyle on one hour’s sleep a night finds a disruption to his routine doesn’t work for him.

Hole In One sees a dedicated golfer achieving a lifelong ambition.

The Loner ends the collection on a note of hope as two family members try to rebuild their lives after they are torn apart by jealousy.

Nick Wilford is a writer and stay-at-home dad. Once a journalist, he now makes use of those rare times when the house is quiet to explore the realms of fiction, with a little freelance editing and formatting thrown in. When not working, he can usually be found spending time with his family or cleaning something. Nick is also the editor of Overcoming Adversity: An Anthology for Andrew. You can find him hanging out on his blog or on Goodreads or Twitter.

Preorder Links: Amazon US, Amazon UK
Add it on Goodreads

BOOKS RELEASING IN APRIL
Summer Queen by Amber Argyle
Dragon of the Stars by Alex J. Cavanaugh
The Horse Healer by Gonzalo Giner
A Crown for Cold Silver by Alex Marshall
All the Rage by Courtney Summers
Losing Faith by Adam Mitzner
Once upon a Nightmare: A Collection by Cherie Reich
Within These Walls by Ania Ahlborn
The Adventures of Blue Ocean Bob by Brooks Olbrys
Boko Haram by Mike Smith
Ivory Ghosts by Caitlin O’Connell
Medium Dead by Paula Paul
Officer Elvis by Gary M. Gusick
House of Echoes by Brendan Duffy
The Mercy of the Night by David Corbett
Threshold by G.M. Ford
Kissing Ted Callahan (and Other Guys) by Amy Spalding
Strangled Silence by Oisin McGann
Don’t Stay Up Late by R.L. Stine
Ghost of Death by Chrys Fey
The Calling by Joseph Eastwood
The Turner House by Angela Flournoy
Liar's Bench by Kim Michele Richardson
Paradise City by CJ Duggan
Rogue by Julie Kagawa
The Whitechapel Fiend by Cassandra Clare
Very Good Lives by J.K. Rowling
Bye, Bye Love by K.J. Larsen
Fury by Steven James
Last Call by J.A. Konrath
MirrorWorld by Jeremy Robinson
Enticed by J.A. Belfield
Salem's Fury by Aaron Galvin
Undercover Empath by RaShelle Workman
Uncharted Territory by Betsy Ashton
Beware the Little White Rabbit by Various Authors
Posted by Cherie Reich at 8:00 AM

Holy Cannoli! Lot's a lot of books that are coming out and I love the variety. Congrats on your collection!

Thanks for including my book in this month's releases!

Lots of books coming out. Hopefully, I can add my second novella to the list. =)

So frustrating, not to have the time to sample them all.

Lots of books coming out! Hope you're having a good week. I feel like a zombie today except I can feel all the zombie aches!

I love that title, Above Us Only Sky. Nice.

Wow, that's a slew of books.

Holy cow! Look at all the books coming out in April. Lots of them are already on my list. :)

Above Us Only Sky sounds good. Glad to hear you enjoyed it so much.
~Jess

Congrats to Nick.
Wow, that is a freak of a lotta books releasing in April!

Congrats to Nick!!!! Been seeing his book all over the place!

So many books to read. I have Nick's on pre-order and received Alex's on Tuesday.

Whoa, so many books! Lots of readers' wallets will be crying this month, I bet, haha...

Lots of new books coming out this month. Can you add Beware The Little White Rabbit? It's out officially April 14. :-)

April must be a busy month for new releases.

Awesome! I like being introduced to new books, so your review and your list are great. I'll keep an eye out for some of these new releases.

So many new books! New books make me happy