Although I love cookies, I'm not much of a baker. My cooking skills are about on par for cooking frozen pizza, but Angela did send me a cookie recipe that even I might be able to try, and it looks good too.

1/2 lb. cream cheese
1/2 lb. butter
2 c. flour, sifted
FILLING:
Strawberry jam
Sugar
Walnuts or pecans, chopped
Mix dough ingredients well and divide into 3 rolls; wrap in wax paper and refrigerate overnight. Roll out (1 roll at a time) to about 1/8 inch thickness. (Use flour on board and rolling pin to avoid sticking). Spread jam, nuts and sugar on dough. Roll up like a jelly roll and cut in slices of about 3/4 inch and place on greased tin. Bake in 350 degree oven for about 20 to 25 minutes. (check after 15 minutes). Keep checking for desired doneness.
(I don't think "doneness" is a word, but it's what the recipe said.) 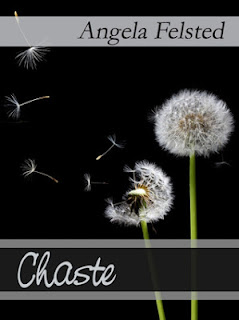 When he steps into his physics class on the first day of senior year, Quinn Walker is too exhausted from staying up all night with his three-month-old nephew to deal with moral dilemmas. As a devout Mormon who has vowed to wait until marriage for sex, the last thing he needs is a very hot and very sexy Katarina Jackson as his physics partner. Regrettably, he has no choice.

Kat feels invisible in her mansion of a home six months after losing her older brother in a fatal car crash and will do anything to get her parents? attention. Since her pastor father has no love for Quinn's "fake" religion and her ex-boyfriend refuses to leave her alone, she makes an impulsive bet with her friends to seduce her holier-than-thou lab partner by Christmas.
To Purchase: Amazon  Barnes and Noble 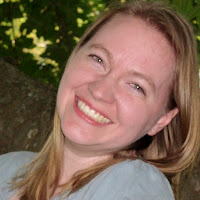 Angela Felsted is a Northern Virginia native who is overly fond of Olive Garden and Red Lobster. She grew up in a faithful Mormon home with three brothers and one sister where she learned to stand up for herself by tickling her attackers until they broke out into laughing fits. Her work has appeared in issue fifteen of Drown in Your Own Fears, Chanterelle's Notebook and Vine Leaves Literary Journal. Her chapbook, Cleave, was published by finishing line press in 2012.
Her blog

Her Amazon page
Posted by Cherie Reich at 8:00 AM

You may not be a baker by trade, but those cookies sound awesome!

So happy for Angela!

Jelly role cookies. Yum! Thank you, Cherie, for posting this. Are you almost done with your Christmas shopping? Have you experienced "doneness?"

I know so many Mormon authors. This one sounds a little different than the standard fare though. Definitely worth investigating.

Mmm, cookies. I'll be making cookies tomorrow with Brandon, but I buy the already made dough! I'm at frozen pizza speed too. :)

I don't really cook either. LOL. This books sounds like so much fun!

Those cookies sound yummy, Cherie. I'll never get around to making them, though. Rolling pins and I don't get along.

My hips got bigger just reading the cookies recipe. lol

Sounds like a great recipe for all to see.

Love the cover of this book! Those cookies sound yummy! Thanks for sharing both!
~Jess

I'm not much of a baker, either. Something as simple as cookies never fails to drive me crazy whenever I attempt cooking any!