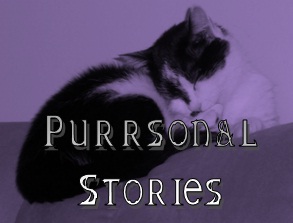 Please pardon my one semi-political post. If you live under a rock or in another country than the United States, then you may have realized it is a Presidential election year. In November, we'll be choosing who will represent us for the next four years. A question has been going around this particular year: Are you better off today than you were in 2008?

I've decided to answer this question and explain why.

In 2008, I worked part-time for a public library. I was a library page, and I got paid minimum wage ($6.85 at the time) for twenty hours a week. It was a good job, and I loved working there, but you can do the math and figure out that I wasn't making all that much. In September 2008, I had applied for a full-time children's librarian position, but even though I got an interview, I didn't get the job. To be honest, I was a bit relieved for the fact that little children scare me a bit.

Mere weeks after I applied for that job and didn't get it, the county placed a hiring freeze. I was soon told by my boss that my hours would be cut from twenty a week to twelve. But luckily, I had applied for a library assistant job at a small academic library and had an interview. I needed this new job.

I've been working as a library assistant at a small academic library since December 2008. I've gotten a few raises since then. Plus, with my editing work and writing, I make around $17,000-$20,000 more now than I did back in 2008. True, I'm still paying off my student loans and my car loan and can't afford things like a house/rent, but I'm much better off today than I was in 2008. I'm happier too because the new job I got gave me the time to be a writer.

Is everyone better off? Of course not, but that could be true about any four years one selects to look back upon.

Okay, that's the end of my semi-political post, and I didn't even have to mention any names. *grins*

And this will be my last Purrsonal Stories post of this year, since I have other things planned for the next few fourth Mondays.

Are you better off?
Posted by Cherie Reich at 8:00 AM

Email ThisBlogThis!Share to TwitterShare to FacebookShare to Pinterest
Labels: 2008, 2012, better off, purrsonal story

I'm a little better off now but it has nothing to do with politics.

Yeah, we're about the same. We've had significant pay increases, but only to basically off-set the ridiculous inflation, and we'll not name names as to why it's at such an extreme rate. (*ahem* Trillions in debt, printing more money...) Okay, I'm going to quit there. Are we better off? I would hope everyone is, but not because of the government, because of their personal ambition to improve life.

Wow I have sortof a similar journey to yours Cherie-- In 2008 I was finishing up college. Both in and out I worked in libraries doing page work. Unfortunately I did not get the full time position I wanted but like you said, maybe it's a good thing--children messing up books might have driven me insane.

Instead I got to quit my minimum wage and restaurant job to become an office manager at a wellness center. I have gotten my certification and license as a massage therapist.

Now I do make enough to squeak into an apartment with my boyfriend. Im moving in three weeks *dance dance* But I'm still aways from what I'd like to be doing-- helping people with massage and having more time for writing and not just blogging.

But my boyfriend has healthcare for several more years! yayyy

Like you, I usually don't discuss this much online, but I must agree. The same could be said about almost any 4-year term. Ask any 10 people, and you'll get a variety of answers based on their individual lives and paths. I'm better off, but mostly because of personal choices.

As for the country, I have to say overall we're better off because we were heading for another depression in 2008, already facing bankruptcy, and the end of public health and federal aid. The war and other debt-inducing occurrences made economical suicide inevitable. Banking, big business, and industrial greed, among other things, had already tipped the scales to such a degree that, like cleaning up anything else, things had to look worse before getting better.

I could go on about this for days, possibly weeks, but don't worry, I won't. I know that bi-partisan cooperation has been sorely lacking, and if blame is to be placed somewhere, that's the place for it to land. Without a people-oriented agenda, and cooperation from Congress, this country will fall.

I have learned to be more careful with spending choices, so in that sense, I am better off.

Politics ... bah! :-D I am glad your job situation worked out, though. Coming from someone who has worked most of his adult life in education, it can be really tricky to sustain employment when your salary comes from public funds.

Just not enough to go around at times, and it forces institutions to make tough choices. Love my libraries, schools, etc. and I wish more people would prioritize their needs when it comes to how the money gets divided in the political process.

It's great to meet you, Cherie! Thanks so much for stopping by and following my blog today.

Have a wonderful week!

I'm definitely better off now than I was then, even though it has nothing to do with politics. But when I think back to 2008, it seems like another life, and not a good one. Things are so different now, primarily because of writing. It's completely changed not only my life but also my attitude.

I enjoyed reading your story and I'm glad things are so much better for you. It's funny how things work out sometimes, isn't it?

The answers will vary greatly.

I'd say we're better off than four years ago. My husband's new job gives us more time together. We moved to Bend. I found the observatory. I started publishing. It's been good.

Yes, I am, but like most it's because of personal choices and decisions.

We're better off. It feels kind of hard to believe it's been only four years since that election . . . a lot happened since then.

I'm actually better off because of some of Obama's legislation. Our house wasn't worth the amount of the loan we were paying on it, and that qualified for us to refinance. We refinanced this year, saving about 40k. It still isn't worth what we paid for it, but it's a lot better.

Financially, I'm worse off than I was 4 years ago, but far happier due to my own personal choices. These choices come because we still have freedoms that I'd like to still have when I'm lain down to rest in the grave. But, that won't happen if the people who run the government keep taking all my freedoms away from me, little by little.

Unique charm of Timberland Boots become the best choice for autumn and winter man Timberland offers a wide selection of boots for men waterproof boots lace style boots, raincoats and other sounds. You can find out about steel toed feet and sweet varieties with side zippers and the styles and resistance and waterproof.

Unique charm of Timberland Boots become the best choice for autumn and winter man Timberland offers a wide selection of boots for men waterproof boots lace style boots, raincoats and other sounds. You can find out about steel toed feet and sweet varieties with side zippers and the styles and resistance and waterproof.

My situation is the same. It's been a while since I've seen a raise, yet the price of living has gone up. I do make some money off of writing, though.

Four years ago I was a sophmore in high school with absolutely NO IDEA what I was going to be doing with my life. I'd say I'm a bit better off now, although I'm not sure if that's due more to my personal choices or politics ;)

On a (somewhat) exciting note for me, this is the first election that I get to vote in! Woo adulthood!

I'm far better off than I was back in 2008. Happily, I am no longer in college (graduated) but, like you, am paying off student loans, I have had a FT job for three years now, and am about to start a new job that pays considerably more money. I still don't have a pub deal but that ok. Three years of this goal is fine. I'll get there. It just takes time. All in all, I'm better off now.
This is a great post. Thanks for reminding me that life is great!