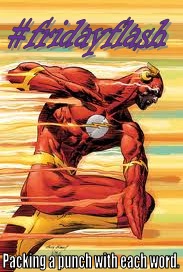 
Jealousy's Rage
Veronica froze at the violin's soul-singing notes. Her eyes briefly closed at the flawless beauty. Each note was precise. The tone delectable. It was the sweetest dessert, a first kiss, and first heartbreak wrapped into each stroke of the bow.
Why can't I play like that?
Her eyes flung open and she lunged forward. The violin music yanked her toward the stage and what virtuoso was playing a piece she only dreamed she had the talent to play.
When she saw the blond girl, her heart clenched, hardened, and shattered in one beat. She was her own age, seventeen, eighteen perhaps, no more than nineteen. Veronica could only hope to be half as talented. Everything she worked for, the hours of practice every day, the grueling lessons, Veronica realized it was all for nothing compared to this girl.
"Who's that?"
Marcus's breath brushed against her. She turned, noticing how he couldn't seem to take his eyes off the new girl. He never looked at me like that . . . even when we were dating. Her jaw clenched and popped.
"I don't know. Who cares?" She wrapped her arm around his and tugged. It was like trying to drag a statue down. "Come on, we'll be late."
He yanked his arm away from her. "Hey, Karoline, do you know who that is?"
Veronica stumbled a couple steps. Marcus had nearly dragged her with him before he wrenched his arm from her grasp. She ignored what the flutist said and focused on the stage again. The piece was rapidly coming to a close. Her breath caught in her chest.
". . . musicians."
"And her . . . ?"
"Nadia . . . senior with us."
When the piece ended, Veronica shook her head, dispelling the perfect notes from her mind. She straightened, her shoulders squaring. She lifted her chin and glared at the musician. She crossed her arms over her chest.
The other girl may be better, but Veronica would be smarter.
She wasn't about to let her win.
Posted by Cherie Reich at 8:00 AM

Go Veronica! In the end, it all comes down to intelligence.

Nice, I like the intensity oozing from Veronica. She is going to get some revenge all right. On Marcus or Nadia though, hm. Great flash fiction piece!

The jealousy is a realistic thing here in Veronica- You did a wonderful job with it.

It was interesting to see this scene from Veronica's point of view, and I could feel her anger and jealousy jumping off the page. (or screen I guess LOL.) Great work! :)

Great piece! Even though you can understand Veronica a little better, I don't feel a bit more sympathetic to her! *laughs*