I must admit I'm so looking forward to September. It'll mean we go back to the regular schedule at the day job, which means more sleep! Yay!

Also, like I did for the release of Men of Foxwick, I'd like to do a promo post for the free release of Magna's Plea during the week of October 21st. You'll have your selection of a short, medium, or long post or create something yourself from the information I'll provide you before the cover reveal/promo. If you're interested, please sign up on the link list below. Thank you!! 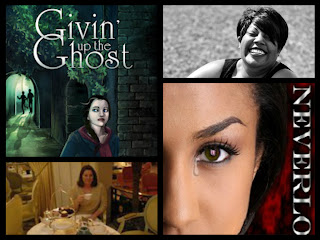 It is with great pleasure and a thrill in our hearts that Gwen Gardner and I (Angela Brown *hugs*) reveal the covers for our follow up stories to our currently available novels: Givin' Up the Ghost (Gwen) and Neverlove (Angela)

A GUILTY GHOST SURPRISED by Gwen Gardner (Add to Goodreads) 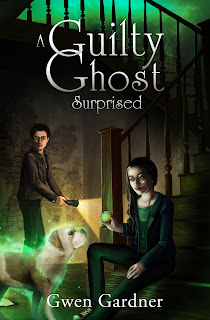 An Angel Among Us
Paranormal happenings at the Eady household are the norm. Recently, things have become downright peculiar. Childish giggles at odd hours of the night lead Indigo Eady to her little cousin, Bryan, a guileless cherub spirit, complete with Spider Man pajamas and a set of faux angel wings. The problem is that Bryan died nearly three years ago in a hit and run that killed him and his mum. The driver was never found.  Now the gang must solve the mystery of his death in order to send him back to heaven.  But where to start when the trail is three years cold?
Indigo Eady
Indigo Eady is not clumsy. At least, that’s what she keeps telling everyone. Can she help that the overactive spirit community of Sabrina Shores causes her psychic abilities to short-circuit? It’s unfortunate that her cute friend Badger is often on the receiving end of her mishaps. At times, she is positively hazardous to his health. Even so, sparks fly in more than one direction.

THEY ALL FALL DOWN by Angela Brown (Add to Goodreads) 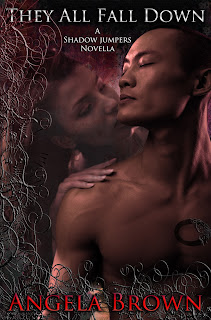 Abby and Basil: New love reaches new heights as they finally give in to their lust and desire for each other.

Q: Consumed by the Devourer within and his base need to claim Abby as his own.

“Love can conquer all” is put to the test and salvation may be impossible when it’s “ashes, ashes…they all fall down.” 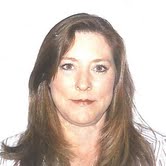 Gwen Gardner is a native Californian living in sunny San Diego, where her love of reading and writing led to a BA in English literature. Life is now complete with her husband, two dogs and a daily call from her daughter.

Since ghosts feature prominently in her young adult Indigo Eady Paranormal “Cozy” Mystery series, she has a secret desire to meet one face to face - but will run screaming for the hills if she ever does. Gwen adores travel and experiencing the cultures and foods of different countries. She is always up for an adventure and anything involving chocolate - not necessarily in that order.
Haunt at the following: Blog | Twitter | Facebook 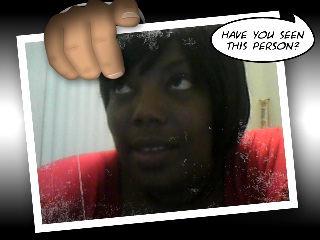 Angela is a lover of Wild Cherry Pepsi and chocolate/chocolate covered delicious-ness. Steampunk, fantasy and paranormal to contemporary - mostly young adult - fill her growing library of books. Mother to a rambunctious darling girl aptly nicknamed Chipmunk, life stays busy. Her favorite quote keeps her moving: "You may never know what results come of your action, but if you do nothing there will be no result." ~ Mahatma Gandhi
Haunt at the following: Blog | Twitter | Facebook
Posted by Cherie Reich at 8:00 AM

Those look like great goals for September. Mine are more modest: finish about 20,000 words on my second draft.

I just commented on Angela's blog re the covers. Love both.

Excellent goals!
Congratulations to Gwen and Angela for two more awesome covers.
And I'll help you!

Also great goal setting. I have really found having things lined up like that while keeping you busy is the best way to go about this book life.

Any help you need let me know.

Wow! You have got so much done so far this year, good going! I need to set myself some proper goals.

Great goals, and wow, mapmaking software sounds like major fun. I can help in your free book blast. Not sure which day but signing up now.

Whoa, those are some impressive stats, Cherie. And mapmaking? Sounds fun.

Thanks for helping us reveal our covers - we're so excited about our new releases!

Wow! You plan to be productive next month. Glad work will return to normal.

And congrats to Angela and Gwen on their awesome new covers.

I'm tired reading your goals. :) Ambition is a great thing, though.

We already made arrangements for the 16th. I'll help more if you need it.

Excellent goals! It will help when you have more sleep too. I'm always much more productive when I've gotten enough rest. My September goals include readying the Collection for release and prepping for the tour. I'm actually ahead of schedule this time round. :) Yay for Gwen and Angela! The new covers are awesome.

Truly love your determination and drive! Anyone I've known with such ambition, has succeeded!

Great goals, all the best with them.

Congratulations to Gwen and Angela for two more awesome covers.

I wish I could realistically write and do so much! I'm hoping to carve out more time for writing next month. Good luck to you. ;)

Wow, so many goals! I wish I was brave enough to tackle so much in just a month. Good luck with all the writing, editing, and map-creating you need to do! I have no doubt that you'll succeed. :)

Your goals sound manageable, I hope you are able to get them all done.
The Guilty Ghost book, that one sounds good. I am going to see if I can find that one.

I love the cover of "Guilty Ghost Surprised"! You seem to have things all figured out for September. I need to follow your example and set some goals!

I'm definitely in for the promo! Looking forward to it.

Love both of these covers and I know the books will be great too.

The mapmaker software sounds cool. I can't wait to hear more about it. I also think your deadline extension will take some of the pressure off of you!

September is sounding like a busy month for you! Good luck!
~Jess

Good luck with your goals! And congrats to the awesome authors and their covers! I'm routing for ya!

Goal for September:
*Don't fail out of school.
*Seriously, don't fail.
*No really. DO NOT FAIL.
*Write a little

I'd love to help out! Count me in!

I love the title "Mourner's Lament." And your two other book titles, Reborn & Forged, are awesome, too. I should get you to name my new WIP because I'm having as much trouble with that as the male mc's name. :P

Good luck with all the revising, Cherie, and congrats to Gwen and Angela! I wish them huge success! :-)

Great goals! Good luck with them!

I love your goal lists - detailed and doable for a super-writer like you! My goals get a little out of hand sometimes . . .

Best wishes with the revising, and I'm up for helping with the release!

Congrats to Angela and Gwen!

You've been busy! Keep on keepin' on. The school year started early (two weeks ago), so we're back in the swing of things. Trying to make time for my writing in the evenings; some days are better than others.

Cherie, you've been so busy. I'm in to help spread the word in October.

Wow, you get a lot of comments on your blog! Excellent writing goals and 117k written this year??? That's awesome. :)