It's time for another edition of Bookworm News! 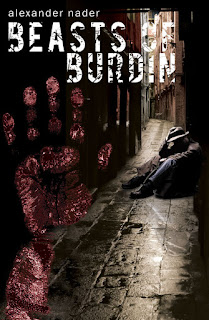 Beasts of Burdin by Alexander Nader will release in February 2014 from J. Taylor Publishing. 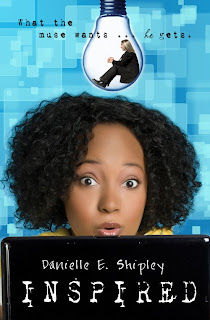 Inspired by Danielle E. Shirpley will release in March 2014 by J. Taylor Publishing.

Grave Visions by Kalayna Price
Let Me Go by Chelsea Cain
Cloaked in Fur by T.F. Walsh
Lyrical Muse by Ronda L. Caudill, Jamie White, CP Bialois, and Michelle Cornwell-Jordan
Félicité Found by Julia King
The Rise of Cridon by Douglas R. Brown
King's Artesan by Cas Peace
The Rise of the Hotel Dumort by Cassandra Clare
A Spider in the Cup by Barbara Cleverly
Caged by J.A. Belfield
The Meme Plague by Angie Smibert
Losing Control by Nina Croft
The Dream Sifter by Candice Bundy
Heaven and Hellsbane by Paige Cuccaro
Athena's Ordeal by Sue London
Posted by Cherie Reich at 8:00 AM

I've heard the same thing about City of Bones. Sounds like the movie did a pretty accurate portrayal. I wanted to read the book before I saw the movie, but you know how well laid plans often go...

That first cover is wicked!

Great list! I need to get my hands on Grave Visions. I loved the first books in the series.

Love seeing what you've been reading. I'm embarrassed that I haven't read City of Bones yet. Maybe I'll find it in audio version.

Haven't read City of Bones, but have heard a lot about it. Great covers!

I have been wanting to read City of Bones! I have heard such great things about it. I love lists- so this was great. :)
~Jess

You have been busy...Just read your review on City of Bones and you've were exactly like me... I wasn't a huge fan of Clary... just a bit too bubble-headed for me.

I loved City of Bones! How was Heaven and Hellsbane? Thanks for sharing, Cherie :)

Awesome book news. I haven't read Clare yet. I will, though.

Great list and love the cover for Beast of Burden!

Wonderful job! Will be looking up Clare!

I have City of Bones in my TBR pile. I really need to get around to reading it sometime!

And wow, so many amazing covers this month! *stares at the awesomeness*

I need to read City of Bones, though I can't decide if I should wait until the movie comes out.

Beasts of Burdin has an AMAZING cover!