Click here to read Chapter One, if you missed it last Friday. 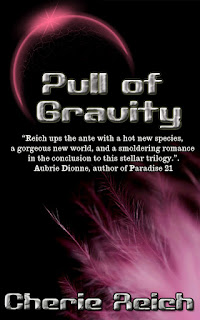 Prince Edonys drummed his fingers upon the reclining chair’s plush fabric. For sixty-seven days, beautiful Cupidian females had lived in his father’s palace, eating his food, attending parties, and vying for the prince’s attention and affections. Despite these lovely females within the small aquarian room, his gaze drifted to the opened balcony doors. Freedom beckoned with its fragrant breeze and warm, late morning sunshine. His golden wing feathers twitched, itching to fly, but he couldn’t and knew it.

A sigh flowed through the Cupidian prince. Splashing water and laughter clashed with the tinkling harp music. The females shifted throughout the room. They flocked in small groups, chatting and indulging themselves with his father’s provided entertainment and feasting. Edonys endured their many batted eyelashes and leering looks.

At the moment, he couldn’t think of one of their names. They were too similar. Beautiful. Toned flesh. Brilliant colors in their wings. He had his selection of the very best Cupidis had to offer, but he couldn’t imagine loving any of them. None stirred his blood or caused his wings, or heart, to flutter.

Dite, his sister, and Father thought these small, casual get-togethers and the many evening festivities would be perfect for him to find his mate, but he knew what would happen if he did. The kingdom would be his.

And he wasn’t ready to be king.

The prince preferred his current role. For years, he’d watched his father deal with the day-to-day tasks of ruling a planet. The lines creasing his father’s eyes and the whitening of his wings’ feathers startled Edonys. Upon the prince’s mating ceremony, the king would die, and Edonys would do anything to keep his father alive. The longer he held off from a mate, the better.

A servant walked by with a tray filled with wine. He flexed his arm muscles, summoning the servant closer. Then, Edonys picked up a glass and drank deeply from the purple liquid. The sweet, slightly tangy drink reminded him of hot days along the family’s vacation oasis. They hadn’t gone there since Mother died.

For a split second, Mother’s phantom high-pitched scream filled the room, but then the tone changed to Dite’s musical voice.

“Oh, Edonys.” The voice so much like his mother’s held no compassion and was laced with poison claws.

Several females stopped and greeted his sister. How many had Dite personally chosen for him?

Dite giggled at something before settling beside him on the reclining chair. Her fingers stroked her pet creature that was little more than a puff of fur. Did she always have to carry that fluffter around? She tossed her golden hair, the same as his own, behind her shoulders. “Dear brother, what do you think of your choices?”

“There are so many. The future queen of Cupidis isn’t an easy decision.”

“Nor should it be.” She reached over and touched his arm. “Father and I just want you to be happy.”

Edonys cringed at her subtle emphasis upon the word “father.” Dite was always talking about what father wanted for him.

But he doubted they cared for his happiness. If they did, then they wouldn’t force a mate on him. Why couldn’t Dite be the ruler? She was the eldest child, but Cupidis had always had kings. Plus, he doubted she wanted to deal with the reign either. She enjoyed her carefree life too much. Edonys couldn’t imagine her sitting on the throne with that damn fluffter in her lap and paying attention to their subjects.

“You do know we wish that, don’t you?” Her long nails dug into his flesh, and Edonys fluffed his wings behind him.

“Of course.” Not really.

She gave him a one-armed hug and hopped to her feet. “By the way, Father wishes to speak with you.”

“What about this time?” He tilted his head back. Purple sky and bluish clouds coated the ceiling, a mock-up of Cupidis’s sky. If only he could take off and fly, but his father had requested his presence since the mating search was announced throughout the Cupidian kingdom. So no leisurely flights for him.

Dite shrugged and flipped her hair over her shoulder. “I didn’t ask. Probably about tonight’s festival. He’s getting antsy about you finding a mate.”

“We have to keep your possible mates entertained.” Her eyes flashed toward the females. None seemed concerned with their conversation, since the females were happy to spend the kingdom’s resources.

“Very well.” He rose from his chair, nearly a head taller than his lithe sister, and reached out to touch Dite’s pet. The little fluffter growled, and its body shook like a flower in a windstorm. Stupid beast.

“Aren’t you going to say something to them?” She reminded him when he was half-way across the room.

“Oh.” He paused and looked at the females lounging around the room. They stared at him. “Have fun. I’ll be right back.”

He gave one more glance to the balcony and outdoors before he headed toward the throne room.

If you've enjoyed what you've read, you can purchase and continue reading the rest of Pull of Gravity at these retailers: Amazon US / UK / DE / FR / ES / IT  Smashwords  Nook  Kobo  iTunes.

I hope you enjoyed these excerpts from the Gravity trilogy the past few weeks. Starting in September, we're back to #fridayflash.
Posted by Cherie Reich at 8:00 AM

Despite the lovely women around him, the dude needs to fly the heck out of there!

He needs to get away from his sister, I don't trust her.

The little pet fluffter thing makes me think of Fizgig from the Dark Crystal.

You have a great writing style, really. I enjoy your work very much.

At this point I have a feeling his sister is probably not very nice and he needs to get away. Great chapter.

The lavish celebrations in "helping" him chose a mate remind me a bit of The Odyssey, you know where all the suitors are trying to woo Penelope and they eat EVERYTHING (I always loved the part when Odysseus came in kicked some serious ass).

Pull of Gravity sounds different and interesting. Liked the line saying that none of the females fluttered his heart or wings. I really like the cover too.

Liked the way he desires someone to make his wings flutter.

I enjoy your excerpts, as always.

I nominated you for a blog award.

Thanks for sharing. Happy Weekend!

Very fluid writing. I like the sense of conflict. I've got Defying Gravity now and can't wait to read it!