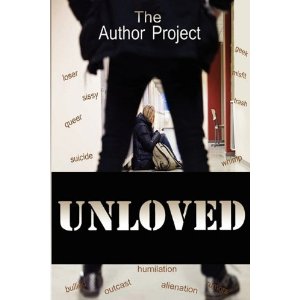 
Bullying was once considered a harmless rite of passage. Some were either bullied in school or they were the bully. What was once considered an acceptable practice has now been drawn into the limelight by the national attention of highly publicized suicides due to bullying. Bullying can take on different forms. Bullying is not just a physical act but can also be an emotional, written, or verbal act as well. Bullying can take place in the workplace, school, online, and even while we are traveling in our vehicles on the road. Bullying is a form of abuse that has reached epidemic proportions in the United States and civilized nations across the globe. When bullying goes too far, the end result is sometimes suicide. Suicide should never become an option. One life lost to this senseless way, is one too many! Seven authors (Jo Davis, HD Hatcher, Omegia Keeys, Autumn Prince, Lisa Rusczyk, KJ Thompson, and Vogue) have joined forces to send one message. That message is, "You are not Unloved!" Unloved is an anthology dedicated to those who have been the victim of bullying, or know someone who has been bullied. All proceeds from Unloved will go to charities in support of Bully Prevention and/or Suicide Prevention.


My good friend, Lisa Rusczyk has a short story in this anthology. In remembrance of Martin Luther King, Jr. and all he did for people, this novel reminded me that bullies still exist out there, and we need to have a bit more love and respect for others. Proceeds of this novel go to charities in support of Bully Prevention and/or Suicide Prevention.
Posted by Cherie Reich at 12:48 PM

I was so sad to see that student commit suicide because of what was posted on the internet. Bullying has to stop, and I'm glad people are acknowledging that.