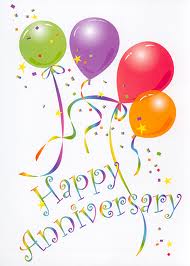 On January 15, 2009, two years ago today, I sat down and wrote the first chapter of The Phoenix Prophetess. I didn't know what I was getting into when I started, but I knew it was time to get serious about writing, and I did.

I haven't looked back either.

I didn't think I would be a writer. In fact, it's probably one of the last professions I thought I would be. I wasn't the type to write short stories or novels as a child. I was just a dreamer. I would create these fabulous worlds in my head and just live them in my mind and with my stuffed animals. In school, I was a rather abysmal writer, and I have plenty of D essays to show for it.

Then, I learned to write in my first year of college. It clicked. I roleplayed. I wrote fanfiction. It was all for fun and games, nothing serious.

I got this wonderful new job, and I had time to do stuff at it. Sitting at the computer for eight hours a day, I had to find something to do. So, I decided now was the time. I was going to write that novel I've been planning since 2006. I was going to be a writer.

I've had thirteen short stories accepted for publication and nine posted on Raven and the Writing Desk.

I've had one dejection.

I've learned more about myself, the craft, and people in general. I'm proud to call myself a writer. It makes me happy and excited to get up each day. I've become dedicated and persistent. I won't give up because I know I can do it. Being a writer is as much as who I am as what I do.

And, most of all, I couldn't have done it without all of you.

Thank you for following this blog, for supporting me, for writing blogs of your own. I've learned a lot from you.

So happy second writer anniversary to me!

I hope to have many, many more.
Posted by Cherie Reich at 9:50 AM

Congrats! That's a lot of accomplishments--I wish you many more :)

Congrats, Cherie! You're a wonderful writer and a great inspiration for us all. You'll go far, I have no doubt! :)

That's awesome, after only two years!

Congrats on your 2 year anniversary! You've accomplished so much.

And I just want to tell you, your post really motivated me to get back into my own languishing manuscript ... and to do a better job of keeping my blog updated ;)

Thank you, KLo! I'm glad I could be motivational. :)