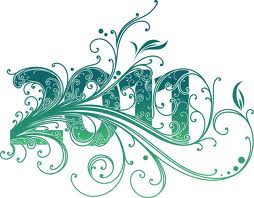 I find it hard to believe that another year has flown by, and it has been a year of learning when it comes to writing for me. I've found what works and what doesn't. I attended a writer's conference. I joined a writing group (Valley Writers) and the Virginia Writers Club. I've found some great writer friends along the way. I even pitched to an agent and got a partial request!

Now, I do have writing goals or resolutions for next year, but first, I'd like to look back on 2010.

Here are some stats:

I still have two stories out on submission, so these stats could very well change from now until the end of Friday, but we'll go with what I have.

I don't think it was a bad year at all, and I didn't include how many flash fiction pieces I wrote for the blog.

Now, for this year, I need to make some changes. In 2010, I focused mainly on writing short stories and flash fiction. This was great, but I have three completed first drafts of novels sitting around and waiting for something to happen. I feel like 2011 might be the year of the rewrite.

For starters, I plan to rewrite, edit, revise, edit some more, read over my critique partners' notes, edit, revise, polish, and submit query letters for Virtuoso, a YA Paranormal novel I wrote for NaNoWriMo 2009. I'd like to be submitting Virtuoso to agents by the end of May, but we'll play it by ear.


Once I finish with Virtuoso and get to the submission stages, I will be editing, rewriting, revising, etc. the first novel I ever wrote, which is my YA Epic Fantasy The Phoenix Prophetess. I'd like to have it ready to submit to agents by October and the James River Writers Conference. I plan to attend the conference again, and I want to pitch The Phoenix Prophetess to an agent.

If I can get those two novels ready to go, I would be very happy. I'd settle for at least one of them done and ready to go, though.

On top of that, I plan to still write a short story a month for Raven and the Writing Desk blog.

So far, I've found six anthologies I'd like to submit a story to. I plan to begin those shortly.

Then, I have my old short stories. They are much loved. Some need a little work. Others need a bunch of work, but I'd like to take every single one of those old short stories, fix them up and send them out on submission again next year.

I will still write a flash fiction piece for every Friday in 2011.

I will continue to read because I believe you can't grow as an author without reading other authors' works.

And, in November, I will write my MG Urban Fantasy Grim for my NaNoWriMo 2011 novel.

If I have time, I'd like to complete at least one novella and do major research for Moonlight Murders because in 2012, I want to jump back into that story while I'm editing Missing and Grim.

I will continue working as a proofreader for PWP, I hope, as well.

So, um, well, it looks like I'll be busy. If I do half those things, I'll consider it a successful year. We'll see how it goes.

Does anyone else have writing resolutions?
Posted by Cherie Reich at 11:14 AM

That sounds like so much work all laid out. I'm aiming for 5 DS articles a day or more, finish Catopia by the end of January (MG book about cats) and get to the thriller and hopefully finish it by year's end. And the Raven stories, of course!

Good luck with the DS articles!

I can't wait for you to finish Catopia and your thriller novel. :D