Since there are five Wednesdays this month, I have my goals post today. Otherwise, it'll be with Bookworm News posts.

Here are my February goals:
I'll be taking a break from Reborn as soon as I finish this final edit, so my proofreader can have a go at it. If I get it back sooner than March 1st, then I'll start working on it again in February, but it can wait until March. I'd like a fairly clean copy to go to my reviewers in mid-March. 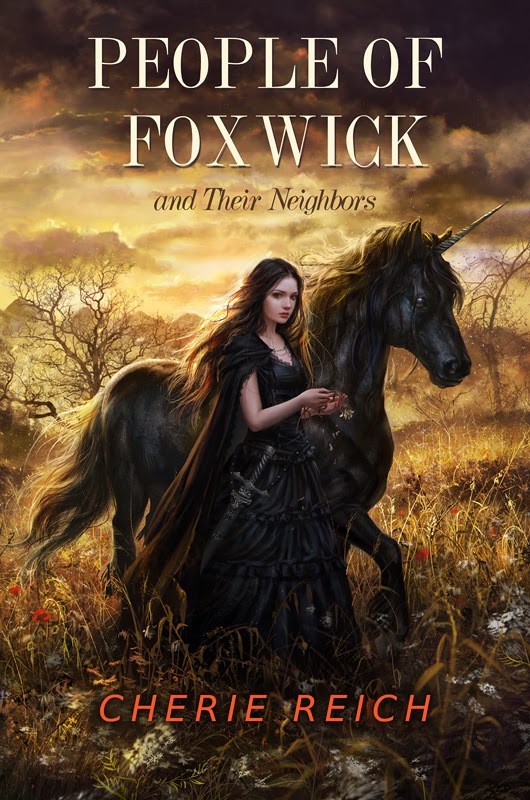 I've also made a decision about Neighbors of Foxwick. Originally, I planned to release this seven-story collection in February. With the stress of Reborn as well as having some health issues (I'm having some out-patient surgery on February 12th) and editing so much in December, I was finding it difficult to get into the right frame of mind to edit these stories. I had planned to tackle them again in February, so I could still release the collection in late February or sometime in March, but then I realized something. This Fall, I'm publishing People of Foxwick and Their Neighbors, a collection which will include Women of Foxwick, Men of Foxwick, and Neighbors of Foxwick, so instead of publishing a new collection and then combining all three, I can just combine all three and publish them, so there will be new stories for people. [By the way, here's the cover art for People of Foxwick. Isn't it lovely? The talented Laura Sava illustrated the cover art like she did with Reborn. The cover features Umbria a.k.a. Lady Death and her pet black unicorn. There is a back cover too, since the collection will be in print and ebook formats, but you'll have to wait to see it.]

Personally, I've found most people want the complete collection instead of individual ones, especially when it comes to shorter works. For example, I sell almost two times more Gravity: The Complete Trilogy than I do the individual ebooks put together. Last year, I had four months I didn't sell a single copy of Defying Gravity, nine for Fighting Gravity, and ten for Pull of Gravity, yet I sell copies every month of the complete collection. It's different for my horror works, since I had Once Upon a December Nightmare free for so long, but I'm curious to see if that changes, since it's $0.99 again (sequel is $2.99 and entire collection is $2.99). I know they say having more works out there leads to more discovery of your work, but to be honest, I sold more when I had one ebook out than I do now.

I'd like to eventually take down the individual ebooks and keep the collections only of my shorter works. I'll likely do that sometime this year with Gravity and do the same with my Foxwick Chronicles short stories. So if I'm going to take down the shorter collections this year, then why put a new one out when I'll likely take it down in six months? I can wait and release the entire People of Foxwick and Their Neighbors (an 80,000-word short story collection) and put it for a cheaper introductory price for a couple weeks and then raise it to its normal price. That way people who have purchased the shorter collections can get the entire collection for the same price I would've sold Neighbors of Foxwick.

That said, I plan to start working on People of Foxwick in May/June, since Reborn will be out of the way. I will likely write Loveless (Book One of Less Than Princess Perfect series) during this time, since it's part of the Foxwick world. Then, it'll be time to go back to Amora in August/September for Reigned (Prequel) and then Redestined (Book Three) after that.

Also, A-Z Blogging Challenge sign-ups are going on! Unfortunately, this year I won't be able to participate on this blog. With publishing my debut novel in May, I just have a bit too much to do in April, but I will be participating with the authors of Untethered Realms. We're going to be talking about creatures--and not the normal kind.

What are your goals for next month?


Also, I'm over at Nutshell's blog today where she featured me and my writing space, so pull up a chair and see where the magic happens.
Posted by Cherie Reich at 8:00 AM

Wow, that is just another epic cover!
So you'll be combining some of your works? That's cool.
And already visited Nutschell!

LOVE that cover! So gorgeous. I think it's a wise decision to publish all the collection together. Takes some stress off you too. A nice interlude between the release of books in The Fate Challenges. My February goal is to start revising my superhero WIP since my other WIP will be with CPs and betas. :)

The cover of People of Foxwick is great. Kingdom of Amora has a epic feel to it. Good luck with your goals.

I agree with Alex, what a great cover! Lovely to have you over at my blog today!

Love the new cover. Interesting how the full collection does so much better sales-wise than the smaller books.

Love the cover! I usually buy one at a time just because it's cheaper (at the time). But that's just the college budget in me :D

Best of luck with the surgery! Get lots of rest :)

Aggressive goals and another stunning cover! Wow, are you busy.

I love that cover. LOVE. I'd buy it just to have the paperback on my bookshelf. (Don't worry, I'd read it too.)

That cover is amazing. Laura is truly talented.

Interesting on your sales. I've considered bundling the first three Backworlds books but I think I decided against that.

I haven't finished by new story and am debating contributing an already written story too.

Another amazing cover! I love this one so much! I bet these covers are going to draw a lot of people in. :)

It sounds like you have given a lot of thought to what you are going to release and when. Your plan seems to make a lot of sense and sounds good to me!

Wishing you lots of luck with your writing and your outpatient surgery.
~Jess

Count me with everyone else who thinks the cover is AWESOME!!

Now that cover of People of Foxwick is totally AWESOME! Now I want to take the artist seriously into consideration. :D

Your book covers are always so lovely!

Wow, that cover for People of Foxwick is absolutely gorgeous! Also, good luck with all your goals! I'm so impressed that you're going to be creating your own map. Even though I'm an artist, I don't think I could ever make one of those!

I'm sure you'll do good on your goals and that cover is amazing.

Best of luck with getting everything done!

I love that cover! You really amaze me with all your goals. I hope all goes well with your surgery. :)

You're on a roll, Cherie! A new kingdom and all kinds of great goals. Congratulations.

Congrats on your goals - and your new cover is gorgeous! You are rockin' things our, Cherie! Drop by my blog for some indie-author freebies that might help you. :)
http://lexacain.blogspot.com/

All your covers are super, Cherie. Here's to another one!

I'm one of those people that likes the complete collection.

Beautiful covers! And great goals! You are so good at setting goals.

There is so much involved with writing and publishing. But, I personally am glad you put so much time into your books, because this trilogy sounds great and I cannot wait to read it.

That is a gorgeous cover! (And yay, I'm able to leave a comment today!)