Book Chat: Emilyann Girdner on Imagination and The Labyrinth Wall

Today we have a special guest! Emilyann Girdner is talking on imagination and sharing information about her novel The Labyrinth Wall.

Though she was born in Germany and raised in Turkey until the age of five, Emilyann Girdner spent the majority of her grade school years in Tallahassee, Florida. Emilyann spent the first part of her college career studying Creative Writing, before switching to Graphic Design and then graduating with a BFA in Digital Art (2012) from Missouri State University. Her novel The Labyrinth Wall recently hit #2 on the Amazon Best Seller list in its category. She's now living and working in Florida.﻿﻿﻿

To truly understand this Author, there are two things to know about her. Emilyann hopes to share a love for others and God in all she does. She believes that imagination sparks beauty in the soul.

I’m really honored that Cherie invited me to her blog, because she is one of the first people who welcomed me into the blogging community. In fact, you’ll find her name in the acknowledgements in The Labyrinth Wall, which I’ll get to telling you about in a moment.

But before I get to that, I just wanted to take one moment to talk about imagination and why I try to make imagination and creativity part of my everyday life. There is a quote by Albert Einstein that I think really speaks to the importance of imagination, in which he explains that imagination is about embracing the entire world and all there will ever be to know and understand. In my opinion, he had that right. Imagination is at the core of all progress made by mankind and all progress made in our lives daily. It took thinking outside the box for eating utensils to be created or the human race to get to space. All amazing feats of man started with the thought “I wonder if.” That’s why I try to let my imagination run free, even if it’s coming up with something totally off the wall. Who knows when an exciting concept will bloom from letting the mind wander? All that being said, I want to pass along encouragement to anyone who reads this. When someone says you have an active imagination, take it as the highest praise. And when you’re feeling burnt out or frustrated, don’t be afraid to sit and jot down the craziest ideas that enter your brain or sketch whatever comes to mind. After all, your imagination isn’t scripted by a screenwriter or Hollywood produces, it’s own your playground, so have a blast. 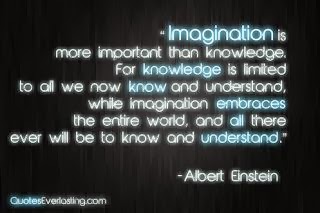 Thank you for checking out my imagination rant guys. Feel free to be in touch, and keep imagining. 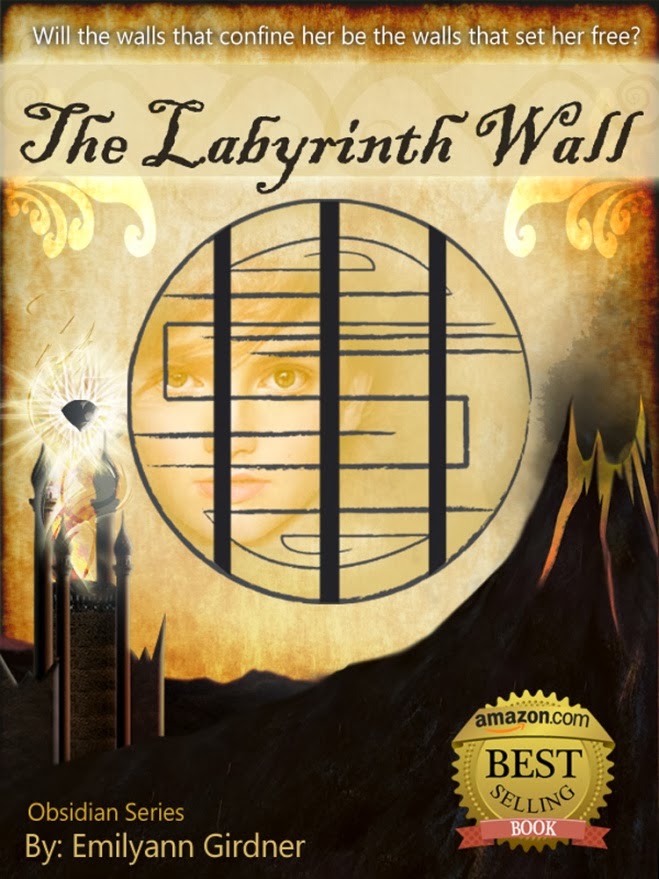 This is the story of a young woman who discovers that although labyrinth walls confine her and her enemies try to repress her, the power of hope can set her free…

“Full of exciting situations, humor, and a good look at the human psyche of a labyrinth prisoner, this book pulls you in, and doesn't let you go until the very end.” More on goodreads ~ Desert Rose Reviews

Readers have said:
"A fascinating tale of adventure, danger and self discovery. You will not want to put this one down as you are drawn into the quest for something as unknown and distant as a reoccurring, puzzling and incomprehensible dream."

"The Author created a very in depth world that left me even more curious about it."

She opens her eyes, staring blankly in a daze before jumping up with surprise. Sharply tightened lips wordlessly convey her attitude as she remembers. Her eyes roll as Darith smugly says, “Okay, lady, I’m gonna make a sweet deal with ya. Get us out of this place and I’ll let ya live. I’ll even give ya back the bag I stole from ya.”
“You’re so kind,” she replies with agitation.
When we head into the hall, she starts back the way we came.
“Think again. The guards will be looking for us that way. I bet you know a safer way out, right?” My dagger grazes her stomach.
She flinches as it almost pierces through her shirt to her tan skin.
“Fine.” She takes off the opposite direction.
The four of us swiftly glide through the halls until we come to a dead end. Despair burns in my stomach, my throat, and my lungs.
That’s it then. She cared more about our capture than saving her own life. Or never knew a good escape route in the first place. My shoulders jolt in response to the sound of Darith’s fist pounding into the wall that denies our escape.

And for any puzzle fans out there, here’s an extra Labyrinth Wall treat…

To subscribe for more updates, play games, and grab goodies (some are FREE), visit www.thelabyrinthwall.com!


Also, don't forget to stop by Monday, January 20th for the cover reveal of my debut novel Reborn!
Posted by Cherie Reich at 8:00 AM

Where would we be without imagination?

Great post! I'm a big fan of that quote too. I don't know where I'd be without imagination. It has gotten me through life.

Awesome. You're definitely one of the great creatives out there, Emilyann! Here's to seeing the world not as it is, but as it can become.

Love the quote too. And tapping into my imagination is one of the reasons I love to write. Congrats to Emilyann!

Congrats to you Emilyann! Glad your book debuted so well. That's wonderful.

Imagination is what makes science real and fun. And every day too.

Hey Cherie, thank you so much for having me today =-) I'm really glad everyone connected with the imagination discussion. I'm a little nerdy about the topic, I know. But as some of you mentioned... imagination is just so vital to life.

Thanks again all, you guys are great. And Cherie, you are awesome! :)

I love this quote from Einstein! Imagination is so important. :)

Wishing Emilyann the best of luck. Her book cover is beautiful!
~Jess

What an excellent quote from Einstein, and an interesting discussion on the limitless of our own ideas.

Liking the sound of The Labyrinth Wall. Thanks for featuring it and, of course, the interesting thoughts of its author.

Great post from Emilyann! Her book sounds fantastic, and I absolutely love that Einstein quote...

Hi Cherie, just stopping by to say how delightful your blog is. Thanks so much for sharing. I have recently found your blog and am now following you, and will visit often. Please stop by my blog and perhaps you would like to follow me also. Have a wonderful day. Hugs, Chris
http://chelencarter-retiredandlovingit.blogspot.ca/

Very cool quote about imagination! Life would be pretty boring without it. :)

Love the quote too. Congratulations to Emilyann!