M is for Men of Foxwick 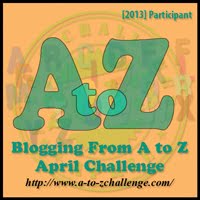 A blind teen seeks a place in the kingdom. A dragon seer journeys to Wintermill to spy on the queen. A sword master’s worst fear comes true when he fails to protect the royal family. A king falls in love with an herb witch, but will she feel the same way? A hunter will rise to the challenge to hunt down a man-eating monster.

I hope to have this short story collection published around June. *crosses fingers*

An unedited excerpt from “Dragon Spy” in Men of Foxwick:

“So you are a dragon seer?” King Javen motioned for him to rise from the floor.

“Aye, my king.” Harthro stood and kept his head lowered out of respect. His gaze flicked to the white-haired king. Although he’d glimpsed Foxwick’s ruler during the Mage Games and other official affairs, he hadn’t had the honor of meeting him in the castle before today. King Javen was older than Harthro had assumed.

“I need your services.” The king leaned forward, resting his forearms upon the gilded throne.

“I am here to serve you. What do you wish of me?” His breath shuddered in his chest. Harthro wanted to help his kingdom, but he didn’t know what a reclusive woodsman could do for someone as great as Foxwick’s king.

“Toward the south lies Wintermill and Snow Mountains. Ugly rumors float from that frigid land. Their queen is up to no good, so I need a spy to gain her trust and relay information between our two kingdoms.” The king reclined and pressed his fingers against his lips. Candlelight gleamed reddish-orange against his crown. “Queen Eirwyn plans to use dragons.”
Posted by Cherie Reich at 8:00 AM

Looking forward to it!

This is an awesome collection! :)

Oh, Men of Foxwick sounds fantastic! All the stories in this collection seem to have such great premises. :)

These are great stories! Good luck with getting the anthology published. ;)

I know it will be just wonderful, 'cause you're wonderful writer.