What do a Cleanser, a Psychic, a Harvestor and a Ghost have in common? Besides having links to the paranormal, these are the women of Neverlove and Givin’ Up The Ghost. 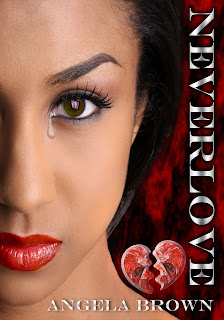 Neverlove - For Abigail and Basil, there is a choice they both fear making. Duty or love? There can be only one.

After a failed suicide attempt, Abby gets a second chance at life by becoming a Cleanser, an agent of Heaven. Her purpose becomes to guide lost souls to the Gates of Judgment. There’s only one rule: love is forbidden. It’s doubly unfortunate, then, that Abby falls in love with a Harvestor.

Her fingers reached for her necklace. For once, she found little solace in holding the charm. There was no strength to draw, no battle to fight. She had a
decision to make, one she – and only she – could make. Which would she choose? Duty
or love? A pain niggled at her heart, aware there could be only one.

Name: Pam
Novel: Neverlove
Age: Unknown
Occupation: Harvestor
A willing slave to her master, the Devourer, Pam likes nothing better than collecting souls. She’s sexy, deviant, and a little jealous of the new guy who she’s forced to train in the art of soul sucking.

Pam scoffed. “Don’t thank me. I didn’t do any of this for you. My master asked. That’s it. Look, something you better learn right now. We’re Harvestors. There are no friendships in hell, newbie. If that’s what you wanted, you should’ve joined the Kum ba yah club, not made a deal with the devil.” 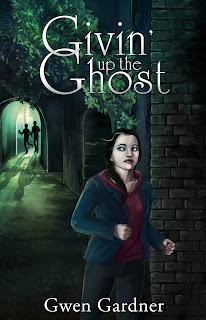 Givin' Up The Ghost - Indigo Eady's life erupts into mischief and mayhem when a ghost enters her teen abnormal life demanding answers for his death.

A murder investigation is hard enough without the disruption of interfering ghosts and a mysterious soul collector with her name topping its list. But when Indigo’s psychic abilities short-circuit, the resulting mishaps compromise the success of the investigation and puts the budding but fragile relationship between Indigo and Badger at risk.

“No,” I said. “It’s all right...he’s right. I am a disaster. If you’ll all excuse me...” I ran for the back stairs before I made a further fool of myself by bursting into tears. Raised voices trailed behind me, but Badger’s words went with me, haunting me, a hurt that I couldn’t outrun. You’re a walking disaster. 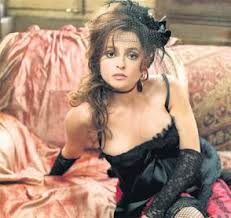 Name: Franny Bishop
Novel: Givin' Up The Ghost
Age: Indeterminate
Occupation: Ghost, Former Madam
Franny has no problems with being dead and no qualms about her former profession as a nineteenth century madam. She only wants to be a contributing member of current society, and that means eavesdropping on what the pellucid poltergeists upstairs are saying. Still, she worries about what the investigating teens are getting into.

“I mean murder and mayhem and kids who don’t know what they’re getting into!” She looked scared, her form fading in and out in distress. The effort to continue communicating while upset was draining her energy. “If you’re not careful, you could end up dead!”

Angela Brown’s Bio:
Born and raised in Little Rock, AR, Angela now calls Central Texas home. She's a lover of Wild Cherry Pepsi and chocolate/chocolate covered delicious-ness. Steampunk, fantasy and paranormal to contemporary - mostly young adult - fill her growing library of books. Mother to a rambunctious darling girl aptly nicknamed Chipmunk, life stays busy. Her favorite quote keeps her moving: "You may never know what results come of your action, but if you do nothing there will be no result." ~ Mahatma Gandhi

I am also a dreamer.

Have you ever told yourself that "someday" I'm going to travel or write or whatever it is that you are passionate about but can't do right now for whatever reason? You can go for years and years and keep telling yourself that "someday" you'll do it. Too often "someday" never comes. But mine did. I am a former Administrative Manager and Vice President of a successful swimming pool plastering company - until I woke up one day and realized that my "someday" had arrived. I quit my job, moved to the mountains and began to write. Crazy, I know. But even crazier? Is when you get to the end of your life and realize that your "someday" is too late. Life is much too short for that! So the adventure has begun.

Purchase Gwen Gardner’s Givin’ Up The Ghost at Amazon US and Amazon UK.

And there are two giveaways! Visit Partners in ParanormYA for the Big Swag Giveaway and for the Week Three Giveaway
Posted by Cherie Reich at 8:00 AM

Life is too short, Gwen.
Excited for both of you!

Thank you so much, Cherie, for having us here today :-)

I just Tweeted this post and added a few hashtags too. Good luck with everything!

Love these character profiles. Life is too short to wait on your dreams! You go girls!

Alex, thanks so much for always being there and supporting us:)

Stephen, thanks for the shout-out. I'm not adept at Twitter yet. I can tweet but not sure about hashtags. I will figure them out soon, lol.

Tyrean, so true, and you shouldn't wait for someone else to make your dreams come true. It happens so much faster when you're proactive:)

Cherie, thanks so much for hosting us today! Hope our characters are behaving, lol:)

loved those bios!! what great characters! and authors =)

All of these characters sound awesome. So much great stuff to read coming out at the moment! :-)

I got Neverlove on my Kindle! It's next on my reading list!

I loved the character bios! Thanks for sharing!!

Thanks Tara, you're always so sweet:)

Christine, we're having a blast with our tour:)

Cally, thanks. And I agree, so much awesome reading is coming out from everywhere!

Barbara Ann, you're gonna love it!

I loved reading these character portraits. Sounds like a great cast!

I'm reading both of the books and really enjoying them. So happy for you, Angela and Gwen - your debut novels are wonderful :/)

Awesome post, Cherie - the profiles remind me of the trading cards.