Happy Independence Day to those in America! Personally, I would've had no qualms with staying with the mother country, but my ancestors thought differently. Yes, my ancestor John Penn was one of the ones to sign the Declaration of Independence. Oh, well. 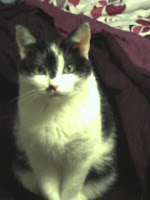 Today's post is more about goals, though, or evaluating them. At the first of the year, I like to make goals for the year. When I look back on those goals, I've come to the conclusion that I was temporarily insane. Sure, I could've gotten all those things accomplished, if I didn't have to sleep and/or had a time turner. (Scientists, get on that!) I've evaluated my goals throughout the year, but since half the year is over, I thought it would be good to evaluate what I have done and what I still would like to do.

In the past six months, I've written 50,043 words and edited 1,811 pages. I've published Defying Gravity, Fighting Gravity, A to Z Flashes of Foxwick, and Women of Foxwick. I've had a short story collection, The Best of Raven and the Writing Desk, with authors Aubrie Dionne and Lisa Rusczyk published. I participated in the A to Z Blogging Challenge and hosted the 2nd Annual Flash Fiction Blogfest. Although I may have wanted to get more accomplished, I think I did pretty well to stay productive.


The next six months will still keep me busy. I plan to self-publish (i.e. write/edit/proofread/format/publish) Pull of Gravity, Nightmare Ever After, and Twelve Days of Foxwick. I hope to finish editing Starred, a YA Contemporary novel. I plan to write Paranormal Junkies, a YA Horror novel, for NaNoWriMo in November. I will also have 2-3 clients' manuscripts to edit as well. I have a few others things I would like to do, but I doubt they'll get accomplished in the next six months.


Although I create goals for a year, I typically evaluate them every month. Do you keep track of your goals? Have you re-evaluated your goals recently?

Also, today is the last day to purchase Women of Foxwick at the introductory price of $0.99. I'm raising the prices tomorrow when I get to work. 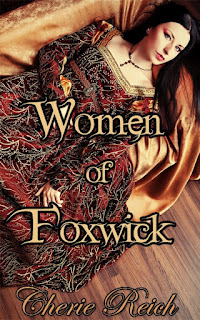 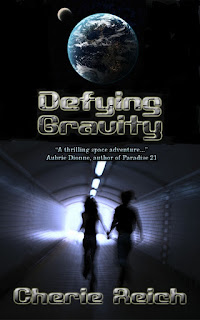 And A to Z Flashes of Foxwick is still free on Smashwords, Amazon, and Kobo. 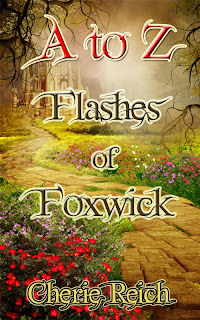 Smashwords, Amazon, Kobo
Posted by Cherie Reich at 8:00 AM

You have still accomplished so much! I just want to write and edit one book.
And that's wild one of your ancestors signed the Declaration.

You've done so much! Your productivity leaves me in awe. I've had to change my goals for the year too. I thought I could revise three novels and get them ready to query and/or self-publish. I've only done a few drafts on one! Then I got distracted by new projects. You know how insistent those new ones can be. ;)

I'd be happy doing all year what you've accomplished in six months! My goals are loosely defined and held up for scrutiny sporadically. I'm actually right on schedule so far this year, so I'm pleased with that.

I'm absolutely stunned by how much you've accomplished in only six months! I think goals are something I need to adopt, as I've been seriously lax with my writing this year, and it's definitely helpful to have something to aim for.

Wow. I haven't done a thing.
Great news for you though!
Keep up the great work!
Heather

I need to reevaluate my goals.

Happy birthday to your kitty. Mine turn seven in two weeks.

All that and you find time for sleep? What's your secret, do you sleep one half of your brain at a time like a dolphin so you can keep writing?

Yes, I think you've done pretty well, Cherie! Happy Birthday, Cinderella :-) I'm actually working on my music today. Problem with music (hold-up) is all the persnickety copyright stuff to keep people from stealing it. Quite bothersome.

I'm in awe. I write at turtle speed. Editing is somewhat faster. I've accomplished half my goals. I'm confident I will accomplish most of the others, but a couple are a little iffy.

yep, re-evaluating goals is a good idea. I had to re-evaluate this year because I simply had too much on my plate. I'm impressed by how much you've achieved though. Wow!

Holly crap, you've done a lot in the past six months. I've just been trying to get one manuscript done. Best of luck on the second half of the year! :)

you are so organized and productive!
way to go!

Your 'Done' list is an inspiration to me. I write a lot of lists, and immediately misplace them. That could be why my 'Done' list is not as completed as yours.

Having goals to work towards is very important to keep yourself focused, and then you get a much bigger sense of achievement at the end.

I'm currently evaluating my goals, to make sure I haven't taken on too much.

Amazing accomplishments, I am in awe!!

I think your post has made me even more insecure. JK. It's awesome to have so much accomplished already this year. Hope you accomplish as much the rest of the year.

I dont think I could accomplish what you have in a dozen years let alone one! My only goal is to write something longer than one post.

And WOW it looks like you've already achieved a huge amount this year! Well done. And all the best with the rest of your writing and publishing goals this year :-)