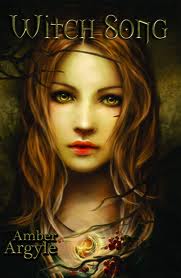 The world is changing. Once, Witch Song controlled everything from the winds to the shifting of the seasons-but not anymore. All the Witches are gone, taken captive by a traitor. All but Brusenna. As the echo of their songs fades, the traitor grows stronger. Now she is coming for Brusenna. Her guardian has sworn to protect her, but even he can't stop the Dark Witch. Somehow, Brusenna has to succeed where every other Witch has failed. Find the traitor. Fight her. Defeat her. Because if Brusenna doesn't, there won't be anything left to save.
To Purchase: Amazon
Official Release Date: September 1, 2011
Amber Argyle grew up with three brothers on a cattle ranch in the Rocky Mountains. She spent hours riding horses, roaming the mountains, and playing in her family's creepy barn. This environment fueled her imagination while she was writing her debut novel. She has worked as a short-order cook and a janitor in a mental institution, all of which gave her great insight into the human condition and has made for some unique characters. She received her bachelor's degree in English and physical education from Utah State University.
Twitter
Blog
Posted by Cherie Reich at 8:00 AM

Wow...that sounds different. Thank you for sharing the blurb. :)

Congrats to Amber, and all success. Sounds like a wonderful plot. Will look for it on B&N and/or Smashwords.