Armies at their walls might be the least of Vin's worries in Brandon Sanderson's The Well of Ascension. Book Two in the Mistborn trilogy, Vin, Elend, and their friends are trying to keep a tentative hold on the kingdom as invading armies threaten to return the Final Empire to the tyranny it knew under the Lord Ruler. The situation brings out the best and worst in the characters. This novel is a much darker read, and I missed the humorous moments to break up the tension that were prevalent in the first book. I thoroughly enjoyed Vin and the kandra's budding friendship. Despite being full of twists and turns, this lengthy novel had a slower pace to it than book one as well. The Well of Ascension by Brandon Sanderson creates a tense and dark fantasy. I'm looking forward to reading book three, so I can learn how the characters will get out of the bone-chilling situation they're in. 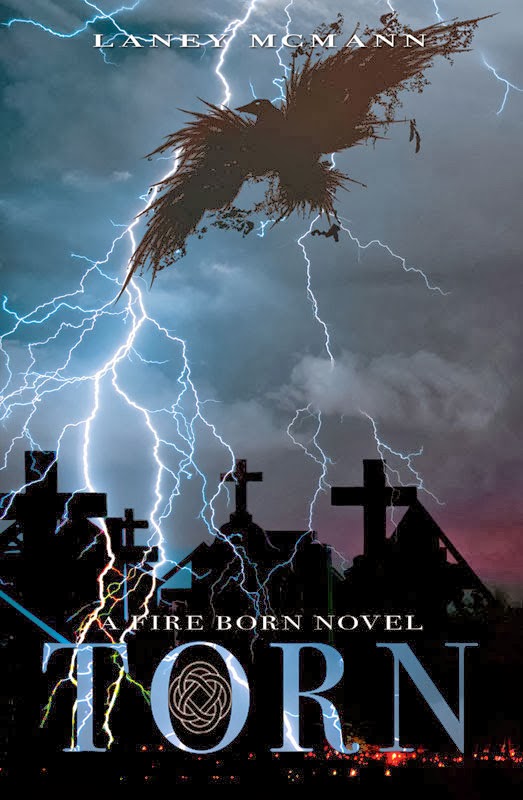 In the second installment of The Fire Born trilogy, a new breed of villain looms—one Layla and Max will never suspect, and this killer has nothing to lose. Better yet, with Max and Layla’s deaths, victory is in the grip of the enemy.

Will Max and Layla find each other in time, or is it already too late for them both?

The Shadow Throne by Jennifer Nielson
A Death-Struck Year by Makiia Lucier
The Strange and Beautiful Sorrows of Ava Lavender by Leslye Walton
Eddie Red, Undercover: Mystery on Museum Mile by Marcia Wells
Half Bad by Sally Green
Providence by Lisa Colozza Cocca
Keeping Mum by Alyse Carlson
Long Knives by Charles Rosenberg
The Rented Mule by Bobby Cole
Worlds on Edge by M. Pax
Words of Radiance by Brandon Sanderson
Beyond the Door by Maureen Doyle McQuerry
Donna of the Dead by Alison Kemper
Til Death by Kate Evangelista
Searching for Beautiful by Nyrae Dawn
Knight Assassin by Rima Jean
Darkside Sun by Jocelyn Adams
Sidelined by Kyra Lennon
The Adventures of Jillian Spectre by Nic Tatano
My Life From Hell by Tellulah Darling
Third Degree by Julie Cross
Starving for Love by Nicole Zoltack
Posted by Cherie Reich at 8:00 AM

That cover for Torn is fantastic! Lots of books released. If I laid out my TBR list, it must be hundreds of miles long! *LOL*

I've read a few of the newly released books and enjoyed them. I'm with Christine (and I suspect you) on the tottering TBR list.

I love the cover.

I also love the list, because you've given me purchasing ideas.

Loving that cover, its definitely the kind that would have me taking s closer look at the book. As for your list, the title The Strange And Beautiful Sorrows Of Ava Lavender really sticks out.

The cover of Torn looks great!

Torn definitely makes you look twice! Lots to notice on the cover. :) Thanks for sharing!
~Jess

Thanks for the intro to all these books. Looks great!

So many amazing books (and so little time!). I definitely have a few on my list at least :)

Don't think I've heard of the Fire Born series before, but wow, that cover for Torn is amazing! Definitely makes me interested in learning more...

Holy cow, that's a lot of books. I thought I was doing well planning to read 5 this year...

So many amazing books! And it looks great!

Love that cover - beautiful! I'm a big Mistborn fan and have Well of Ascension on my TBR.