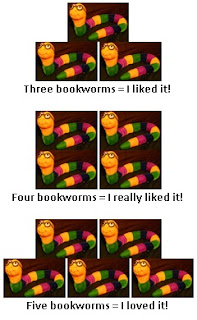 *Denotes books read after December's Bookworm News but before January 1.

Lilette's world goes up in ashes, but can she find a way to rise from them in Amber Argyle's Witch Rising? This novella is an intense and emotional story. Lilette's growth from never wanting to use her spells again and coming back to who she tugs on my heartstrings. The lessons she learns will make her stronger, and I'm looking forward to reading the forthcoming Witch Fall. Witch Rising is a great prequel and beautifully written.

Lilette must fight the battles she can win and retreat from those she cannot in Amber Argyle's Witch Fall. A heart-breaking story, this prequel to Witch Song shows the path the Witches took toward their downfall. Argyle knows how to torture her poor characters, and Lilette receives the brunt of the heartache. I loved Jolin's quotes at each chapter. Argyle's prose and world-building skills are exquisite. Argyle is quickly becoming one of my favorite fantasy authors, and I highly recommend Witch Fall.

Tris will learn there is more to 'faction over blood' in Veronica Roth's Divergent. Set in a futuristic dystopian world, this fast-paced novel shoves the reader into the life of Tris Prior, who is on the cusp of making the choice of which faction she wants to live her adult life in. I loved how the city was divided into five factions based on a person's strongest trait: Abnegation = Selflessness, Amity = Kindness, Erudite = Knowledge, Candor = Honesty, and Dauntless = Bravery. Tris is such a strong character who wants most of all to find the freedom she doesn't get with her Abnegation lifestyle. Four is quiet, brave, a bit scary at times, and quite the match for Tris. I read this novel in a little over a day, and what I loved best was how human nature can't always be neatly divided. I would highly recommend Divergent by Veronica Roth for readers who love dystopian worlds.

The factions are ripping each other apart and the factionless are on the rise as Tris Prior is stuck in the middle in Veronica Roth's Insurgent. Although I read Insurgent as quickly as Divergent, something seemed missing from this novel. Perhaps it was because Tris seemed less strong and brave, but I still enjoyed reading what would happen next in their city. I loved the introduction of some new characters, and Tris's friend Christina is quickly becoming one of my favorite characters. The ending, although a tad predictable, surged the storyline toward book three, Allegiant. If you enjoyed Divergent, then you'll want to continue reading Insurgent by Veronica Roth.

Tris Prior must decide who she really is in Allegiant by Veronica Roth. I think one of the lessons in this series is that grouping people into names gives a reason to discriminate against them. I raced through the first two books in this series, but this novel had a plodding pace. I kept wanting it to go faster, have more action, just do something. Tris's friend Christina has become my favorite character. I continued to enjoy the introduction of more characters, but I found the plot to be fairly predictable in places. The new duo point of view between Tris and Tobias/Four was interesting, but I had a hard time keeping it straight who was talking, since the sections sounded very similar. There's a lot of controversy over the ending if you read other reviews, but I will say that the ending moved this book from three stars to four for me. The ending made the book and what this world was about. Humans are who they are, and nurture proves more who a person is than their nature in this series. I would recommend Veronica Roth's Allegiant to those who enjoyed the first two books in the series.

Let Me Go by Chelsea Cain

It's Halloween, and notorious serial killer Gretchen Lowell is back to visit her favorite detective in Chelsea Cain's Let Me Go. As a fan of the Archie Sheridan/Gretchen Lowell series, I was eager to get my hands on the next book. Although Cain's books are typically fast past, I found this one a bit slow to get into, despite having one of the best first lines of a book. About midway through, the pace picked up, and I was racing to the end. Archie and Susan are two of my all-time favorite thriller characters, and I still want them shipped together at some point. I enjoyed the fact the plot took place during Halloween and loved how reading this book felt like visiting old friends. Unfortunately, I am finding these books to be the same ol' same ol' as the previous novels in the series, so I don't know how much longer I'll keep reading them, even though I love Chelsea Cain's writing. If you enjoyed the other books in the Archie Sheridan/Gretchen Lowell series, then I recommend picking up Let Me Go by Chelsea Cain.

Lyra Bryan must step out of her strawberry perfume life and save her colony and a hot alien at all costs in Aubrie Dionne's Alliance. The third book in the Paradise Reclaimed series, this novel picks up where Reconnaissance left off, but with Lyra telling the story. Lyra is a sweet girl, although she seems a little bit of a space head at the start. I love how she grows as a character. Asteran, the handsome alien from Priavenus, has such a sad story, and his plight tugged on my heartstrings. This fast-paced read sent me to the planet Paradise 21 and across the universe with Dionne's lyrical prose. And the alien arachnids still give me nightmares. Although I would've liked to know more of what happened to the characters at the end, Alliance by Aubrie Dionne is a wonderful addition to the Paradise Reclaimed series, and I recommend it to anyone who loves sweet sci-fi romance. 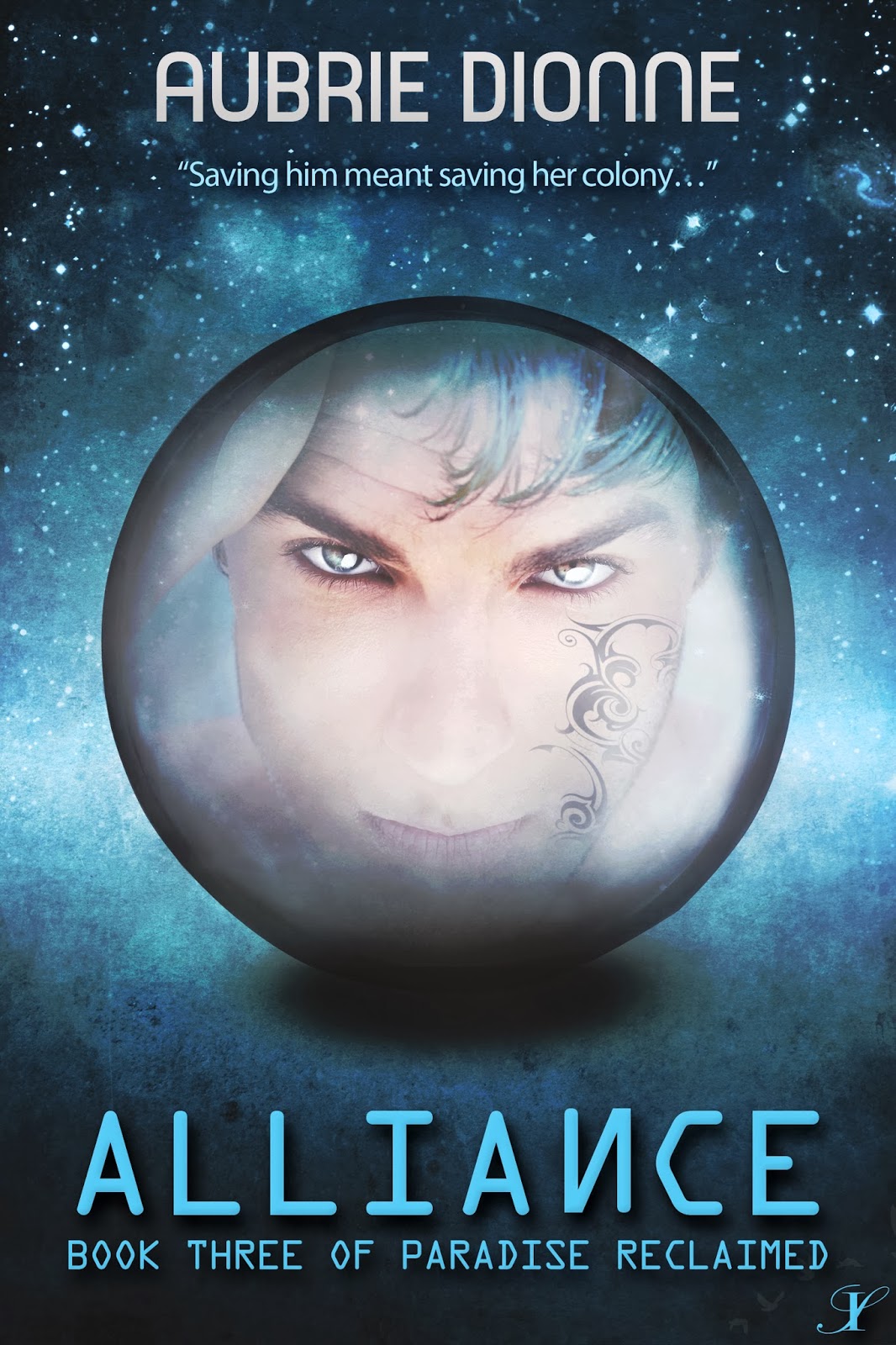 “Saving him meant saving her colony…”

Alliance comes out on January 31st!

Aubrie Dionne is an author and flutist in New England.

Blindsided by Natalie Whipple
The Labyrinth Wall by Emilyann Girdner
Darkest Day by Emi Gayle
Independent Study: The Testing by Joelle Charbonneau
Heartbeat by Elizabeth Scott
The Dead in Their Vaulted Arches by Alan Bradley
The Headhunters Race by Kimberly Afe
Dragonfly Warrior by Jay Noel
A Breath of Frost by Alyxandra Harvey
Alliance by Aubrie Dionne
Watching Over You by Mel Sherratt
Beyond Belief by Helen Smith
Posted by Cherie Reich at 8:00 AM

Glad you really liked everything you read! Those 3D covers for your book are awesome.

Wow, you read a lot of books! Thanks so much for including mine in the bunch! :)

Bravo, for not continuing to read books you rate less than a three star. I consider it one of my failings that once I begin a book I have to finish it no matter how bad it is.

Enjoyed seeing what you've been reading. I was okay with the Alligiant ending too though I just didn't love the book as a whole as much as the other two books in the series or other series.

You've been reading a lot. Thanks for the reviews! Can't wait for Aubrie's next one.

Sounds like you read a lot of good books, Cherie. I have to say again how much I love your cover - the color and the vibrancy. It's fantabulous.

I liked Divergent, but was less enamored with the other two in the series. I haven't read any of the others though.

I wish I could read as fast as you. I need to read the other 2 Divergent Books, haven't done that yet. :)

Rachel is so awesome! She did my Facebook banner too. :)

Those 3D covers look so cool! Rachel did a great job.

I love the bookworm rating system! It's so cute :D

Looks like you got to read some awesome books! I loved reading the short reviews and many of these are already on my TBR list. Lots of reading to do! :)
~Jess

Great reviews! The one for Divergent is reminding me to dig out my copy from my TBR pile one of these days...heh.

Also, congrats on the cover reveal! Those 3D images for it really make it pop. :)

I haven't read any of those, but thanks for the reviews. Those 3D covers are fantastic.

Thanks for sharing all those reviews! I finished Divergent earlier this month too.

Amazing cover for that reveal. :)

I'm going to finally get around to getting into the Divergent Series.

Still in love with your cover!!!!

And thanks for the mention...

Sorry, I spaced on your cover reveal - I posted it now. :)