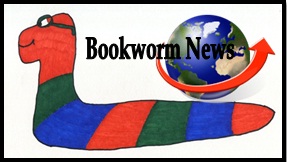 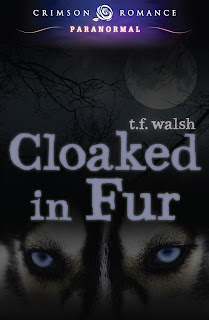 As a moonwulf, Daciana never expected to fall in love with a human. Hell, she never imagined that she’d abandon her pack, endanger everyone around her, and break the worst rule possible. But she did.

A rogue werewolf is killing Daciana’s friends, and she sets on capturing the creature.  She’ll do whatever it takes to stop the beast. The police and her boyfriend, Inspector Connell Lonescu, are starting to question her involvement in the murders, which is endangering the pack’s secret existence. But when the pack alpha kidnaps Connell, revealing the awful truth about the creature and its connection to the pack, Daciana must choose between saving the man she loves and saving her pack family from certain death.
Paranormal Suspense With Strong Romance 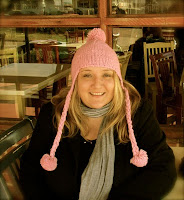 About The Author
T.F. Walsh emigrated from Romania to Australia at the age of eight and now lives in a regional city south of Sydney with her husband. Growing up hearing dark fairytales, she's always had a passion for reading and writing horror, paranormal romance, urban fantasy and young adult stories. She balances all the dark with light fluffy stuff like baking and traveling.

Welcome to the cover reveal for the upcoming release LYRICAL MUSE  a collection of stories that reflects life's rhythms through the tales of everyday people.

Lyrical Muse is a collection of stories that reflects life's rhythms through everyday people. Each story is an example of the best and the worst of the Human soul. Every life lived has its own melody, and within these pages, the reader is taken on a journey to the blackest depths of a daughter's murderous soul to the prickly minefield of a jealous woman's heart and so much more.

So enter of your own free will and allow our whimsical Muse to lead you on an odyssey which just might help redefine your own reality.
Set to release: August 05, 2013

The cover was created by the amazing Joy Stroube at Dreamscape Covers.

RONDA L. CAUDILL, PhD
I was born and raised in Virginia. Writing has always been a passion
of mine. I earned Ph.D. in Education from Capella University. The
two writers who inspired me the most are Edgar Allan Poe and H.P.
Lovecraft. My discovery of Mr. Poe when I was eleven years old opened
up an entirely new world to me. It is a world that I have shared with
my daughters. I am blessed with a wonderful husband and two beautiful
daughters who both inspire me and support me. I am thankful to them
for their love, encouragement, and support (and many new ideas).

Jamie White
JamieBMusings is a music addict, book lover, pet servant and NaNoWriMo survivor. When she's not busy writing posts for Culture Shock, she's taking pictures for her new obsession (That Photo Blog) and spending time with her husband and pets. Her first book, The Life and Times of No One in Particular, was released in May 2012.

CP Bialois
CP Bialois completed his first full-length novel, Call of Poseidon, in 2007. Armed with a finished product, Bialois began working on another book, The Sword and the Flame: The Forging, unsure of what he would ultimately be doing with either. As with many others in the later part of the first decade of the 2000’s, he found himself out of work and looking into new options. Over the next two years, he would spend most days at the library, completing an additional half-dozen works.

With five books currently out, Bialois is planning for the release of many more and enjoying the feedback he receives. The up-and-coming author takes inspiration from favorites such as Steven King, Tom Clancy and Sue Grafton. His love of history, fantasy and old monster movies has also served as a muse.

Michelle Cornwell-Jordan
Michelle Cornwell-Jordan is a New Adult/Young Adult-Paranormal Author. Her titles include a YA Novella series Night School Vampire Hunter Trilogy and upcoming novel Chrysalis.
She is also the producer of the online radio segment IndieReview Behind The Scenes, where she and her co-host Jamie B Musings interviews Indie Authors and Musicians.
Michelle has been married for 18 years and has a 15 year old daughter. A book lover, her favorite genre has always been paranormal adventures.
Another love is writing. Michelle has been writing about as long as she has been a bibliophile! Losing herself in a fantasy world that she is creating on paper is how she loves spending her spare time.
Oh, and one final secret about Michelle is that she believes that she also has a secret power, but if she told, she would have to zap ya!

Dragonfold and Other Adventures by Tyrean Martinson
The Ghost by Christine Rains
Taking Time and Other Science Fiction Stories by Ellie Garratt
Magic Rises by Ilona Andrews
Tempest Revealed by Tracy Deebs
Friday Night Alibi by Cassie Mae
Pop Travel by Tara Tyler
Posted by Cherie Reich at 8:00 AM

And with all those books released, looks like you have more reading to do!

Oh, nice summary of lots of stuff going on! Thanks for the news! And yes, back to reading, it looks like...

Thank you so much for hosting the Lyrical Muse cover reveal!

Thanks so much for hosting the Lyrical Muse cover reveal!:)

Like you, I also read The Ghost this past month. And wow, such cool cover reveals for July--thanks for sharing! :)

Lots of news! Thanks for the updates.

Lots of great books! Now if only we had more time for reading! :)

I wish I read as fast as you. It takes me forever it seems.

Wow, you really get a lot done, Cherie. Good for you! Thanks for all the news.

Thanks for sharing my book cover...:) You've got a lot on your plate, but i'm sure you wouldn't have it any other way. Again, thanks.

Wow, quite a few books released this month!

Awesome roundup! Such a great list of books, I've definitely got some reading to do :)

Love this roundup! Thanks for some books to add to my list.

I love this news format. You've given me some ideas of what I should read.