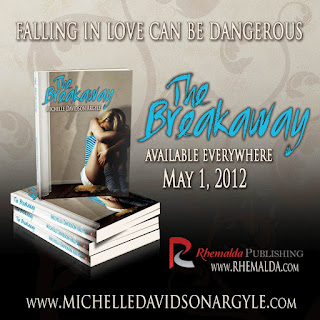 Thank you so much for having me here on your blog! This week, I’m excited as my young adult contemporary novel, The Breakaway, releases from Rhemalda Publishing. I’ve been waiting for this week for what feels like half my life—since I was around sixteen, actually. I first wrote the book when I was fifteen. It was my first novel-length work.
Do you remember back when you were seventeen going on eighteen? (If you’re seventeen now, even better!) Think about how you felt at that age. Vulnerable, maybe? Constantly self-conscious. Irritated with the adult world because you are in that gap—a place no longer for children, but it still doesn’t seem fit for an older teen preparing for adulthood, either. I remember that age, and it frightened me. Of course, back then, I was full of confidence and anger and excitement and all sorts of other emotions constantly rolling around. I was preparing to go to college, and that meant preparing for a huge change in my life.
Naomi, my main character in The Breakaway, is seventeen when she is kidnapped by the strangest criminals ever. She’s almost eighteen, about to graduate high school, and dealing with a boyfriend she thought she was in love with until he…well, until he hit her. Talk about some adult stuff coming straight at you. So, then she’s kidnapped and ripped away from all these decisions and changes. Her life suddenly revolves around survival. Instincts. Fear. Plans to escape.
But does she want to escape?
The Breakaway revolves around that question. Naomi comes from an unloving background. Her parents are obsessed with their careers and her boyfriend is obsessed with keeping her in her place. So being “adopted” into this new family who actually cares about her (not to mention she’s falling in love with one of the younger kidnappers… ) doesn’t seem like the worst thing to happen in her life. In fact, she’s wondering if it’s a better life than before.
The Breakaway is one of those books that has haunted me since the day I started writing it. I wrote other books back then, but this is the one I kept working on over the years—until now when I can share it with the world. It’s filled with suspense, psychological tension, and a bittersweet love story. Author Zoe Winters calls The Breakaway, “Lush, literary, and multi-layered.” Author Karen Amanda Hooper says it is, “A total mind-bender that will leave you breathless.” And Jennifer Hillier claims, “You won't be able to put it down until you've read every last word.”
I’m happy to finally have The Breakaway out there after all these years. It’s truly exciting and uplifting. I hope you’ll check it out! 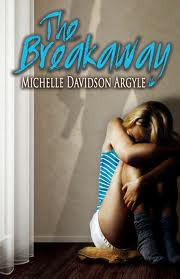 BOOK DESCRIPTION: When Naomi Jensen is kidnapped, it takes her parents two days to realize she’s missing. Escape isn’t high on her list of priorities when all she has to return to is an abusive boyfriend and parents who never paid much attention to her. For the first time in her life she’s part of a family—even if it is a family of criminals. But she’s still a captive. In a desperate attempt to regain some control in her life, Naomi embarks on a dangerous plan to make one of her kidnappers think she’s falling in love with him. The plan works too well, and when faced with the chance to escape, Naomi isn’t sure she wants to take it.
The Breakaway is available now! You can find it on Amazon, Barnes & Noble, and anywhere else books are sold, both as an e-book and in print. Find it for a discounted price on the publisher’s website here: http://shop.rhemalda.com/

ABOUT THE AUTHOR: Michelle lives and writes in Utah, surrounded by the Rocky Mountains. She loves the seasons, but late summer and early fall are her favorites. She adores chocolate, sushi, and lots of ethnic food, and loves to read and write books in whatever time she can grab between her sword-wielding husband and energetic daughter. She believes a simple life is the best life.
You can find Michelle on her blog, http://theinnocentflower.blogspot.com.

This sounds like a really interesting read! I definitely need to get this! Also, I really loved the music in the book trailer :)

I know Michelle. She looks just like her author photo. I know that sounds obvious, but there are plenty of people that don't look like they are photoshopped. Michelle actually looks photoshopped in person. It's great.

Good luck with this! The premise sounds fascinating.

I've seen this book a lot lately, and I've liked the cover ever since I first saw it, but I never actually knew what the book was about! Thankfully, now I do :) And it sounds fascinating!