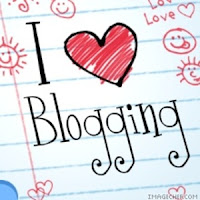 Christine Rains gave me this award. Thank you, Christine! She decided to go with a Halloween theme facts like the person who gave it to her, so I think I'll do the same.

Seven Halloween facts about me:
1. The '80s had terrible costumes. One year I had this plastic--yes, plastic--Pink Panther costume. It was hideous and hot. I should've just worn a garbage bag.

2. My worst Halloween was when I was in 2nd grade. All the kids dressed up for Halloween and they had a parade. Because we were building our house and didn't have extra money, I was the only child without a costume. I was so embarrassed and felt like such an outcast that day. It was even worse because I was still the new kid (I started that elementary school in 2nd grade).

3. My best Halloweens have happened in my adult life. When I was in college, we would go to the Pub Crawl. It was so much fun seeing everyone's costumes. I went one year as a sorceress, another as the goddess Athena, and then a black cat.

4. I wasn't allowed to trick-or-treat after my 12th birthday. I was told I was too old. So when I moved back home after college, I took my sister out. I often got more candy than she did.

5. The costume I've worn the most was being a black cat. Meow.

6. I enjoy watching the Halloween movies during Halloween and October. I own most of them.

7. Despite having some pretty rotten Halloweens, it is still my favorite holiday. I love everything about it and get excited when Halloween costumes and such come out in the stores. However, I do not like when they have the Christmas stuff out at the same time.

Now, I would like to award this blog to anyone who loves blogging.

Aww, I feel so sorry for second grade Cherie :-(

Congrats for getting such a cute award! Rah for the Pink Panther (not your plastic costume however). Shudders--I stay away from horror movies; they creep me out too much. Yes, I'm impressionable. Thanks for the fun Halloween facts about you!

Congrats on the award!

Halloween is one of my faves also with Thanksgiving right beside it. Must have something to do with the season :)

I wasn't allowed to celebrate Halloween at all as kid, the whole satanic rule the world stuff. But I would have so loved to have been the Pink Panther, sweaty paws and all.

Oh man, that Pink Panther costume sounded horrible. At least you got some great Halloweens in as an adult. :) I can't wait to start doing that now myself. I need to get a pair of cat ears!

I'm sorry you felt an outcast in second grade, particularly at a time it would have meant so much to fit in. I like the idea of going as Athena - what a fantastic idea!

Congrats on your award! I had to laugh about the Pink Panther costume. I had some that were pretty miserable too.

I love Halloween too, this is such a fun time of the year. I'm sorry you had such a bad experience in second grade though, things like that are so difficult for kids.