The Spark Blogfest: Doomed to be a Writer 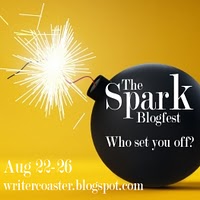 Christine Tyler at The Writer Coaster has created this awesome blogfest. You only had to pick one question to answer for it, but I've decided to write all three and post them today, tomorrow, and Wednesday.


Today's question is: What book made you realize you were doomed to be a writer? 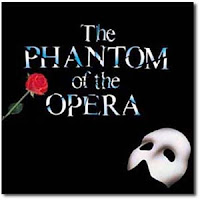 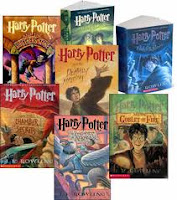 Although Phantom of the Opera jumpstarted my passion for writing, JK Rowling’s Harry Potter series cemented it. Once I read Harry Potter and the Sorcerer’s Stone I was hooked. Writing in Rowling’s complex world inspired me to create worlds of my own. It made me become a writer.
Posted by Cherie Reich at 8:00 AM

I love both of these two, and can see how they would inspire you to write. "Harry Potter" has always been the sort of world and characters I would have loved to read about as a child. "Phantom" has such a deep character, it's hard to cast him as either villain or hero.

one of my dreams is yet to see phantom of the opera. great spark story!

The Harry Potter series has inspired a lot in me too. It's brilliant. Blood brilliant!

I would love to see Phantom one day! Of course Harry Potter just rocks! Such great inspiration.

Love both of these choices! Great idea to answer all three questions, I'm looking forward to your other posts. :)

I can totally see Harry Potter inspiring so many writers. Those books are amazing and fun. Awesome spark. =D

Great answers! Like a lot of the Spark bloggers I kind of sidestepped the first question with "um, I think I always wanted to be an author?" and went on to other questions, so it's great to read about someone who can actually pinpoint books that inspired them to start.

Very cool answers Cherie!! HP is definitely inspirational. And I only just read Phantom this year. Loved it!

Oohhh, the drama! Nothing much beats the Phantom.

I think HP has inspired a whole generation of readers and writers, too. Great choice!

Harry Potter made me realize how powerful a well told story could be. Great post :)

Such wonderful inspirations! I think Harry Potter has sparked a whole new generation of writers, people who perhaps thought they're ideas were too "fantastical" now have a mentor in Ms.Rowling's genius.